Rival Gaming are the creators of slot game Cleopatra’s Coins, which features five reels over 3 rows. Whilst it might look similar to a lot of the other slot machines, especially in this genre – I’m thinking Cleopatra’s Gold and Legend of Cleopatra as two good examples, it does offer a number of unique experiences to players that many will enjoy. 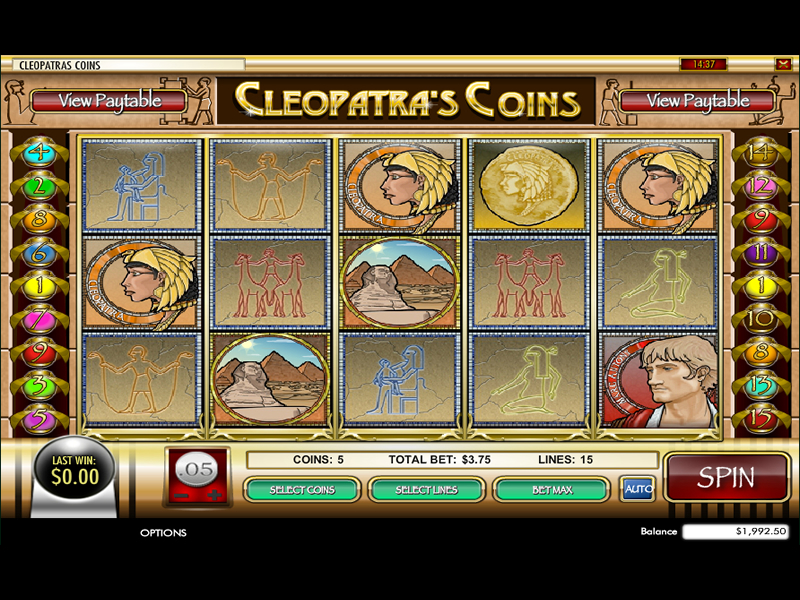 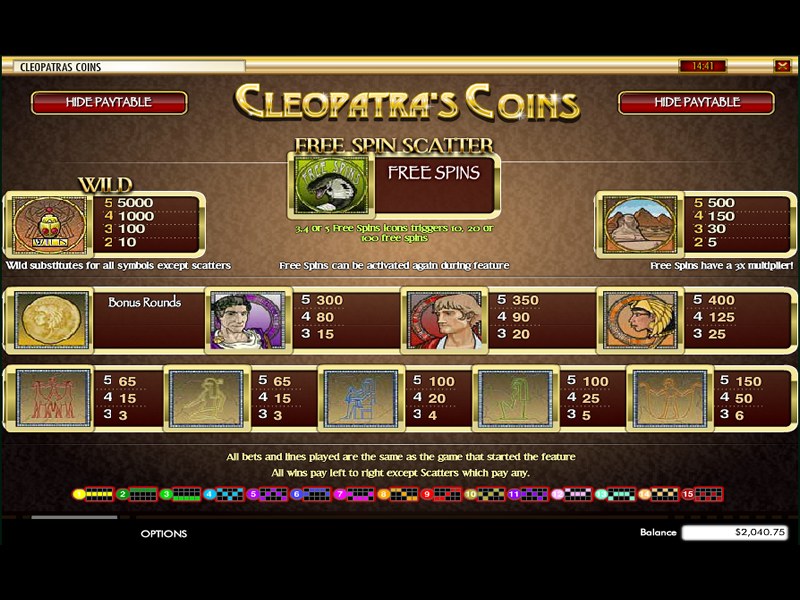 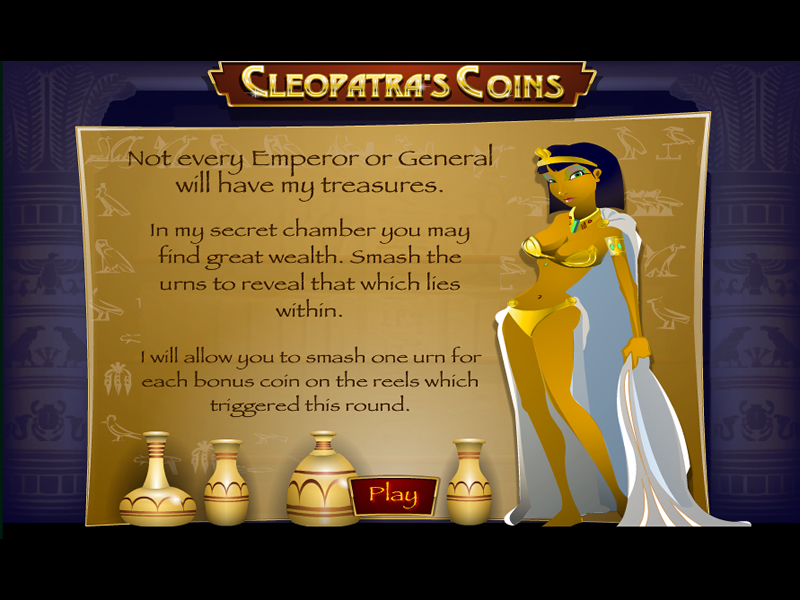 Cleopatra Coins has a range of bonus features that offer players a chance to potentially go home with life changing money. The great thing about the bonus features is they allow players, even those with a fairly small stake, to win huge amounts of cash. The bonus rounds essentially ensure that players go home with more money than they would have done otherwise, the equivalent of staking a lot more money than they usually would.

Coin values have been spread out fairly nicely on the Cleopatra’s Coins video slot machine, to enable a bigger range of players to get involved. The coin value starts at 0.01 of each currency and the maximum is 0.25. That being said, a player can bet anything up to 75 coins per spin, which gives them a chance to win huge amounts of 15 lines.

There are plenty of things to take into account when playing the Cleopatra Coins slot machine. The symbols that appear on the slot machine are extremely important, just like all other slots, mainly because they offer players the chance to win extra cash without staking any extra money. Also, players need to account for the fact that this slot machine is not progressive, which may change a game plan or strategy.

When getting involved with the Cleopatra Coins slot machine, the first thing players will notice is the intro. This will generally explain the game play, but will also explain a few bits and pieces relating to the story of the machine and how the game was created. This is sometimes worth watching, as it allows players to understand the game in more detail.

In the case of the Cleopatra’s Coins, the bonus feature is put into play when vase symbols occur anywhere on the video slot machine. The player will need to achieve three of these symbols in order to qualify for the bonus, at which point they will enter the bonus round.

Now, this is the part that all players love. They will be sent to a new screen that will have a range of vases for them to choose from. Choose a good one and they could reveal a huge prize, but choose the wrong one and they could of wasted a lot of time and energy. Whilst the actual concept of moving around a few vases might not seem particularly exciting, the fact of the matter is that it reveals big cash prizes that are directly added to the total for the player.

The great thing about this game in general, is that the symbols are quickly and easily identified. So many developers these days over complicate the symbols which make them extremely hard to locate. The reality is if they took a step back and simplified the game, just like Rival Gaming has with Cleopatra’s Coins, then they would be much more successful in the long run.

The thing about making symbols easy to identify is that it makes the game play run a lot smoother. This means that people look for a high paced game are going to be in for plenty of hours of fun. By speeding up the game play, players can get in more spins every hour and hopefully steadily increase their winnings, right up until that big win.

Rival Gaming has done a great job, as the software that they have provided is not only technologically advanced, but doesn’t have any technical errors either. However it does not quite match up to the original cleopatra slot or Cleopatra slot 2.

Another plus point to the Cleopatra’s Coins video slot machine is the range of options that are available to players. If players want to bet minimal amounts to keep the fun going for hours on end, then that is something they can do. On the other hand, players that are looking to get immense amount of cash from these slots can do so by betting the maximum coin value and amount of coins.